How to Improve Teamwork in Your Parachurch Ministry

Effective teamwork is a challenge, but it is always worth the pursuit. Here are 4 tips on how to improve teamwork in your parachurch ministry! 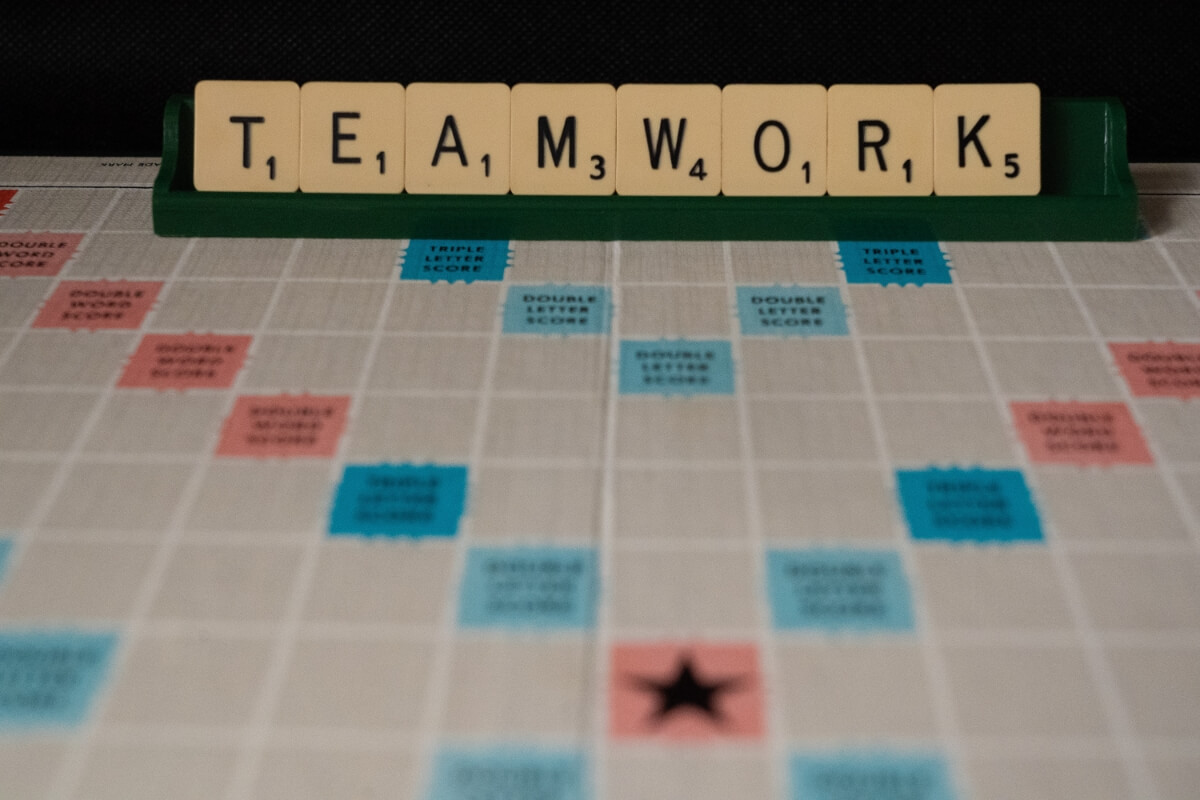 We’ve all heard it: Teamwork makes the dream work.

The humor underscores the point: when teamwork loses the “team,” everyone becomes an island, disconnected from—and possibly antagonistic toward—the other members, and apathetic toward the team’s goals.

American football is a great illustration for teamwork, perhaps the best of all sports. In no other sport are most of the players on the field involved to some degree on almost every play.

The quarterback might be a superstar, but without blockers and receivers he won’t survive the first series.

The entire defense is responsible to block, cover, or tackle (or more than one) on every play.

Contrast that with baseball where out of 18 players on the field, only three—pitcher, catcher, and batter—are involved in nearly every play.

Teams in parachurch organizations face many of the same teamwork challenges as secular business because people, processes, resources, goals, completing values, and other challenges are involved.

The more smoothly teams operate, the more likely the organization is to fulfill its mission, so teamwork is essential

Since teamwork is critical to the optimal operation of every parachurch organization, and since it is so common for teams to get as sideways as a bicycle on ice, here are a few ideas to implement when the team and teamwork get separated.

Evaluate how you currently work as a team

Though often overlooked, this step is first and foremost.

Decide whether the team should still exist, at least in its current assignment and configuration.

If your parachurch organization is new, team assignments and goals might still be relevant; every team might still be oriented to its original function.

But, if your organization is decades old, you run the common risk in bureaucracies or even churches: things hanging around long after their usefulness has ended.

There can be many factors to these monuments to years gone by.

Perhaps it was a team (or committee) responsible for a major turnaround; but that was 20 years ago.

Or, perhaps it’s one of those teams where those employees who can’t quite hack it anymore are sent to let them work their remaining years with a modicum of dignity.

Or, perhaps the head of the team has connections making him or her safe from removal.

What Seth Godin writes about personal traps is true of teams:

“The industrial age built the trap we’re mired in, but it didn’t build the trap all at once; that took centuries to perfect. And we were seduced…Seduced by the apparent security of the enclosure.” (The Icharus Deception, p x)

It’s easy to keep a dysfunctional team because of the “apparent security” it provides.

What should you do?

→ Learn more about leading up and how to influence decision-making inside your organization!

At times, teams lose their sense of teamwork when one or more of the members is given tasks they are unsuited to accomplish, or their job description changes and they are struggling to meet the markers.

We’ll consider the first now, and the second in the next point.

It is entirely possible for highly-skilled, highly-motivated people to inherit tasks or assignments that fall outside their own toolbox.

A person is an excellent communicator but couldn’t organize an office field trip to an ice cream shop two blocks away.

Another person can generate ideas like rabbits generate offspring but can’t stay focused long enough to bring any of them to maturity.

Yet another can crunch numbers like a human graphing-calculator but can’t make the results make sense to the rest of the team.

None of these weaknesses are problematic until that employee’s job depends on the weakness being a strength.

Some people don’t know how to evaluate their skills, confusing what they enjoy doing with what they are good at doing.

Here are a few ways to help them:

Once in a team meeting, a teammate commented, “Well, since you’re a creative, you…” I stopped and asked, “Why did you call me a creative? I’m not a creative.”

When she began describing skills I had, it started in me a process of evaluation. I had always considered artists (drawing and painting), songwriters and musicians, and the like as creatives.

I had never considered writing or looking at things from different angles as creative.

When I understood that about myself, it changed how I approached my work.

Sometimes a person needs nothing more than the right conference, a few relevant college classes, or solid online content for extra tools in their toolbox.

The Anedot blog and the courses at Anedot Learn are dependable sources of the latter.

→ Check out our ultimate guide to church software which will help you choose the best software for your church!

Take a deeper look at each team members role

Once a team member figures out their skill set, the next step is to help them evaluate their role on the team.

This is necessary for several reasons: as people mature their interests, skills, and personal goals can change; the needs of a position can change requiring a different skill set; people simply grow bored after doing the same job.

When it appears a team member is no longer a fit for their role—whatever the reason—begin the process of evaluation sooner rather than later.

Helping them make their own decision if better than having to do it for them.

Here are a few questions to ask:

Helping them evaluate themselves can help them come to a conclusion that benefits them and the ministry.

It can also uncover things they have kept under wraps that there might be ways to address productively.

In a healthy parachurch ministry, there is yet another factor: treating people like Jesus would.

Jesus treatment of his disciples was so consistent and grace-filled that the eleven didn’t recognize Judas was the betrayer even after he’d left the Last Supper to do the deed!

If parachurch ministries are to be true to their ultimate goal, bringing glory to God, they must treat people with the value inherent in them as bearing the image of God.

Set a new goal to spark teamwork and collaboration

Challenge the team with a goal big enough to require renewed teamwork.

In their book Built to Last, Jim Collins and Jerry I. Porras popularized the phrase Big, Hairy, Audacious Goals.

It is a goal so big it will take everything in everyone to reach it.

It’s the goal that causes an organization to leap farther and faster than if things remained business-as-usual.

Conversely, the lack of a BHAG can cause teams to crack apart, bringing forward movement to a halt.

With no goal in sight, the status quo (as one wag put it “Latin for ‘the mess we’re in’”) is embraced as the worthy end.

In his book, The Focus Project, Erick Qualman tells the story of Florence Chadwick, who, on July 4, 1952, was trying to become the first woman to swim the Catalina Channel separating Catalina Island from the Southern California mainland.

At the closest point, the distance is just under 20 miles.

Accompanied by boats for protection against sharks, Chadwick was doing well until fog rolled in, obscuring her view of the shore.

When she finally gave up and was pulled into one of vessels, she realized the shore was only about a mile away.

When a team can no longer see the goal, moving toward it becomes impossible.

Activity is substituted for progress and, especially among high-capacity team members, frustration will set in.

So, what should you do?

Effective teamwork is a challenge, but it is always worth the pursuit.

To paraphrase one of the psalms, “How good and pleasant it is when teammates live with unity.” 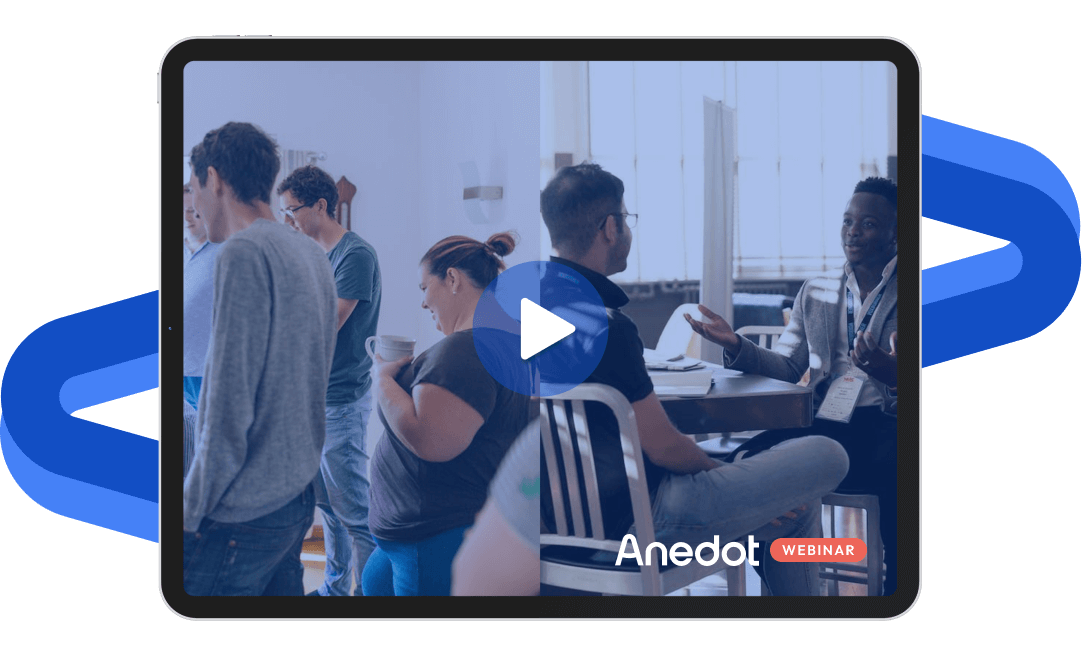 How to Listen and Capture Powerful Stories to Grow Your Nonprofit

Learn how to grow your nonprofit in 2023 by listening and capturing more stories of impact.
Watch the Webinar 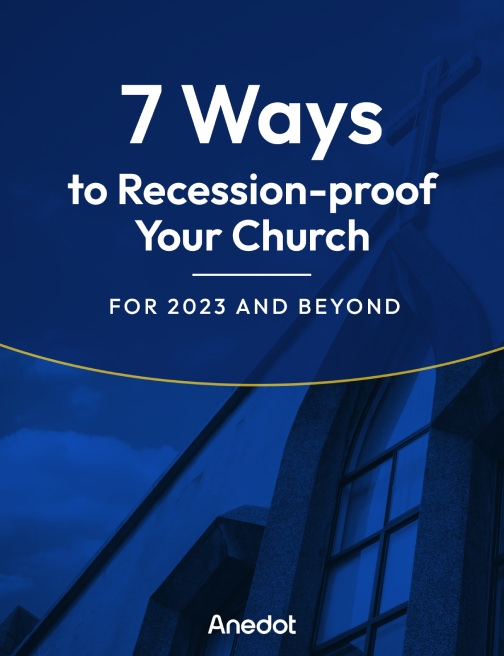 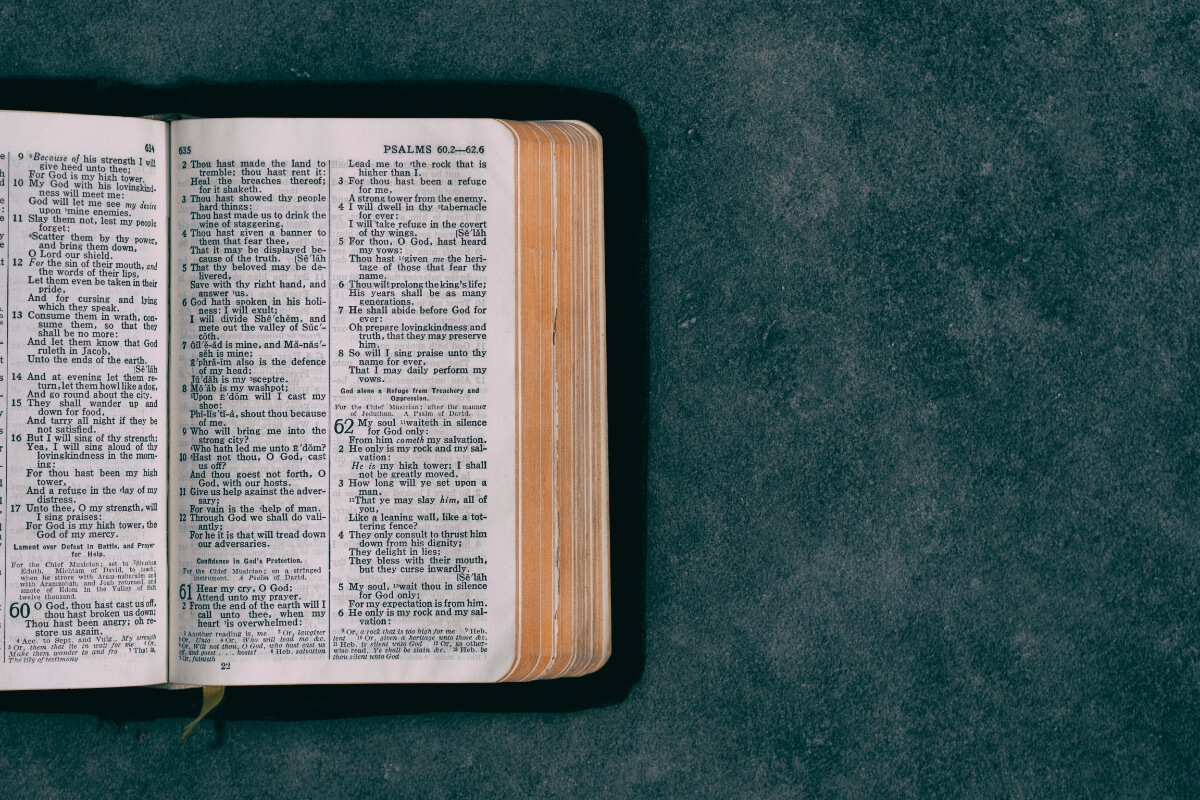 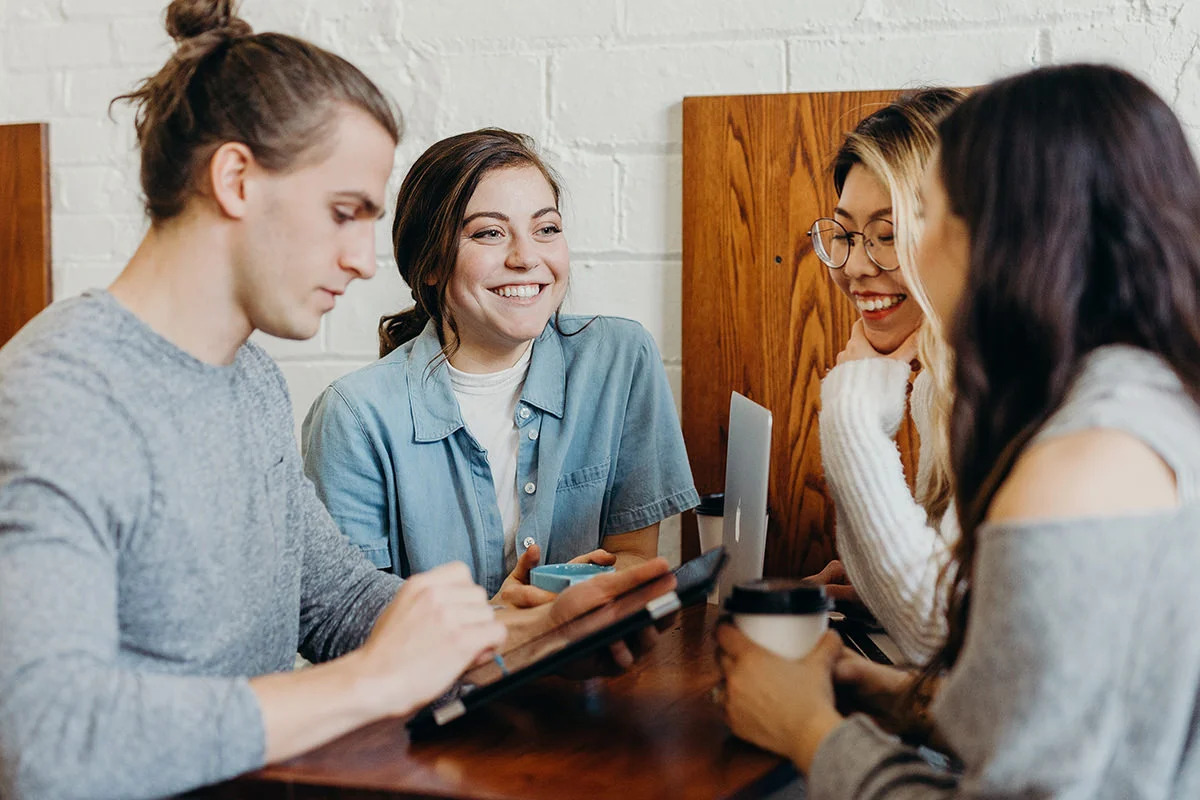 How To Reach Millennials

In this post, we walk you through the four ways your church can reach millennials: text to give, email, recurring giving, and social media. Learn more! 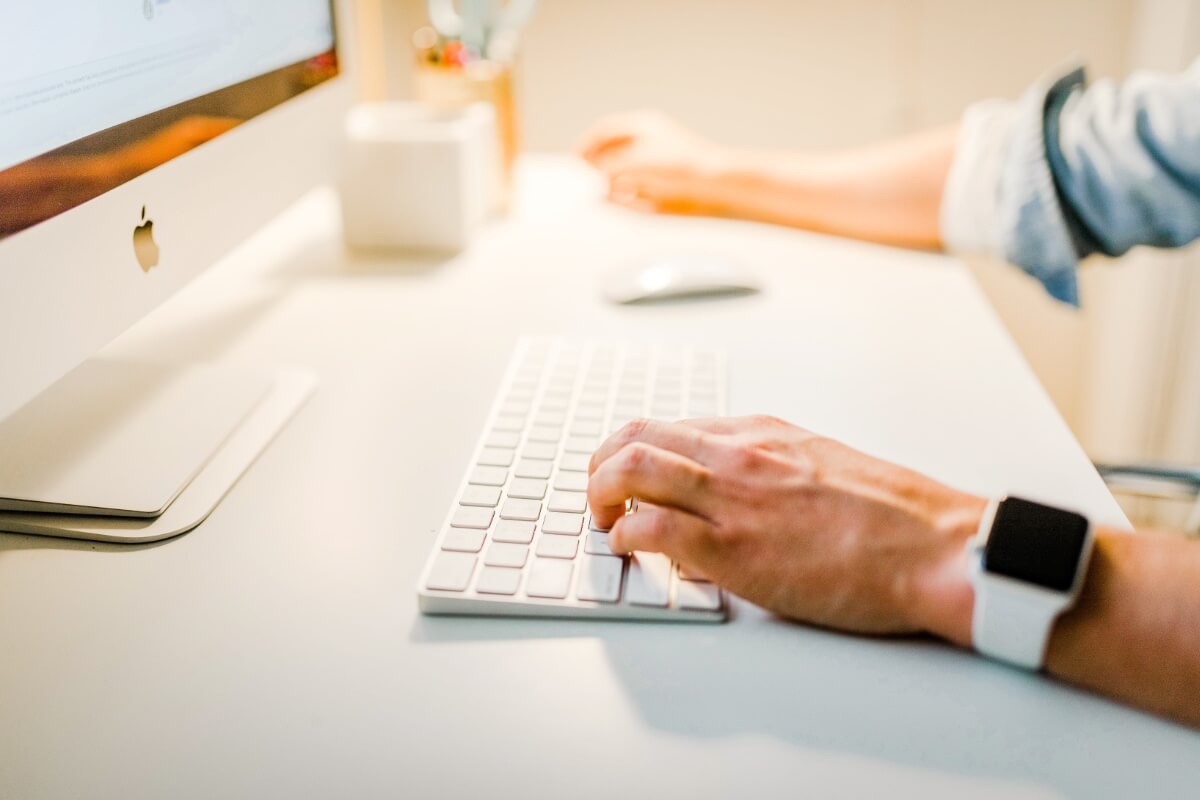 The 9 Types of Ministry Software Needed For Any Parachurch Ministry

Join 25,000+ organizations that are saving time and money with Anedot
Start Now